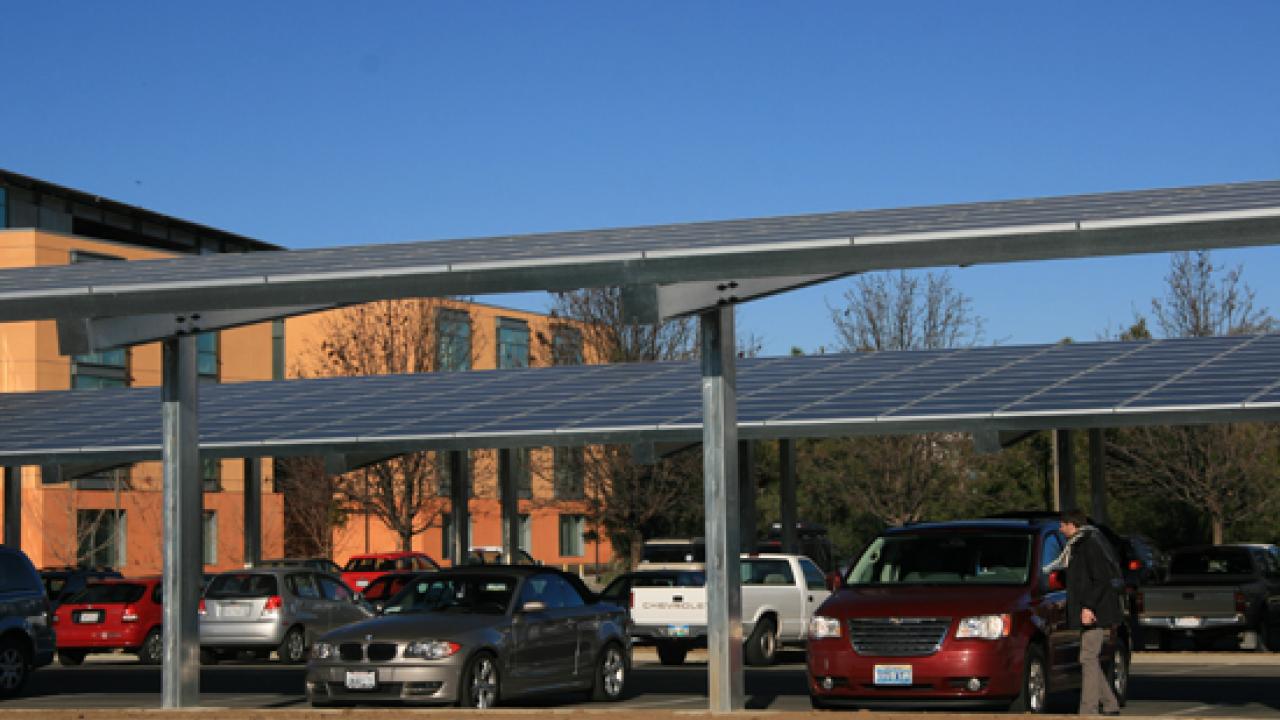 The solar installation in Lot 1 is part of a larger project in which the campus is putting up solar panels in seven locations throughout campus to reduce our carbon footprint. The combined first-year output from all seven sites is estimated at 1.1 million kilowatt-hours — enough power to serve two large campus buildings for an entire year.

In late December construction crews put the finishing touches on a project to install more than 1,200 solar-energy collector panels in Lot 1, just south of the South Entry Parking Structure. Lot 1’s solar panels, each about 18 square feet and generating up to 235 watts, were installed on two carport-like structures running east-west, with the panels tilted to the south to maximize solar exposure. The structure itself has been equipped with energy efficient lighting and vehicles can park under the solar canopy. Throughout the project Transportation and Parking Services (TAPS) worked closely with contractors from the Boulder Colorado-based company, Main Street Power Co. who largely funded this project.