The Learning by Leading™ SmartLawn team, together with CCUH, is helping aid drought and water conservation efforts by testing different types of turf and irrigation methods to determine which combination is most efficient for California homeowners. Their test plots can be seen around the Western Center for Agricultural Equipment (WCAE).

The grass is definitely looking greener for the Learning by Leading™ SmartLawn team – an internship collaboration between the UC Davis Arboretum and Public Garden (APG) and the California Center for Urban Horticulture (CCUH). Wednesday, November 20, 2019 the group installed turf from Delta Bluegrass as a part of their research on California watering and irrigation standards.

To aid with drought conservation efforts, California watering and irrigation standards regulate how much water can be used to maintain a homeowner’s turf. The SmartLawn team is testing different types of turf, along with rotary and subsurface irrigation methods, to see which combination is the most efficient and beneficial for California homeowners.

The SmartLawn team is relatively new to the suite of internships offered by APG and the first of their collaborations with CCUH. (The other collaboration is the Learning by Leading™ SmartScape team.) This completely new project for the SmartLawn team allowed most of the interns to experience the entire project from digging the plots and setting up irrigation systems to installing the turf.

“I came into this project thinking that everything would be more set up, but I’ve really enjoyed coming out here and getting hands on experience,” said Julian Bauzon, junior and SmartLawn co-coordinator, “this is a new project that we’ve had to build from the ground up.”

The team worked with Delta Bluegrass to learn how to install the sod over their irrigation systems and plots of soil. Once, the experts for Delta Bluegrass demonstrated the techniques for installing turf, the SmartLawn team was given the opportunity to get their hands dirty, and attempt to beat the Delta Bluegrass’s installation time of 12 minutes. Needless to say, the time was not beat, but there was a lot of laughter and learning throughout the process.

Delta Bluegrass prepared the sod with fertilizer made up of nitrogen, potash and phosphorus to prevent disease and provide nutrients to help the grass grow. The team then installed turf on the remaining plots, each with different irrigation system types. First, they installed strips of the sod using the straightest line of the plot and then the sod is placed in a ladder shape. The ladder shape allows for staggering of the strips of turf, as you would lay bricks to prevent the edges of the grass from drying out. After the turf is installed, the sod edges are rolled to help the roots get established. Now, the SmartLawn team will continue to water the turf multiple times a day throughout the first week to make sure the grass has enough moisture to thrive.

“I’m learning as I go. I do make a lot of mistakes but I learn from that and the interns learn from that. Everything I learn here I can take to other places, especially other internships,” said Bauzon.

Interested in checking out the research plots? They are located on the grounds of the Western Center for Agricultural Equipment (click for map) west of Highway 113 and close to West Village. (This is also where the Learning by Leading™ SmartScape team’s new landscape installation can be found.)

See more images from the Learning by Leading SmartLawn project outside the Western Center for Agricultural Equipment building. 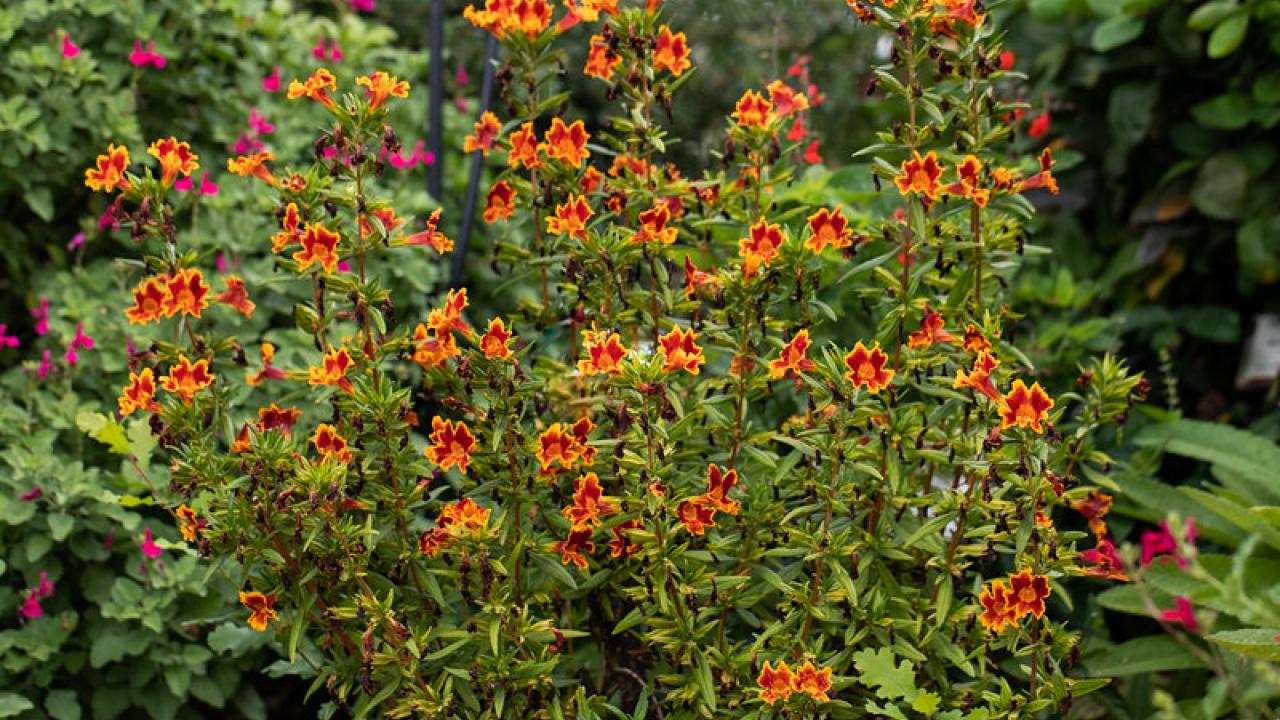 Volunteers get green light to come back!

Apply by May 31: Friends Board Recruitment

Part One: Who is the Wyatt of Wyatt Deck and Pavilion