Social distancing crucial — inside and out 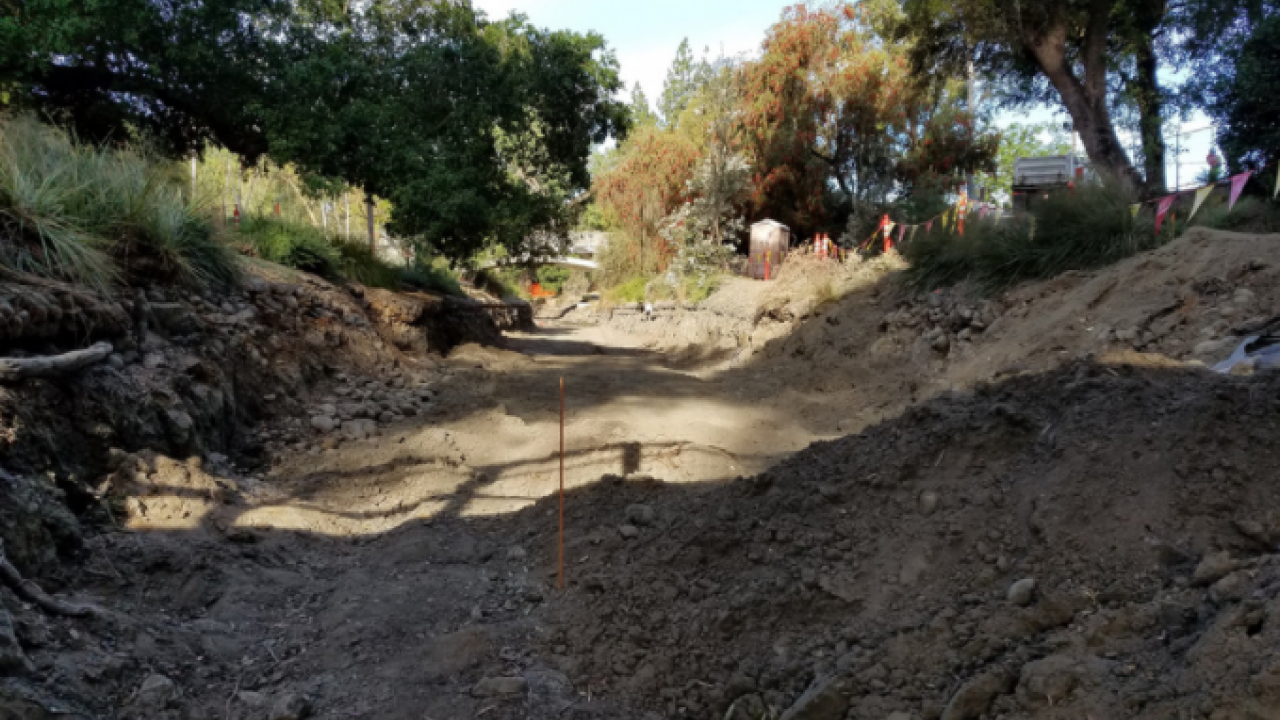 Since construction began this spring, so much has happened on the Arboretum Waterway. Let’s catch you up and I will keep updating you as the project progresses. (For more background on this project visit our Arboretum Waterway Project page.) 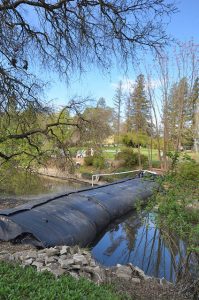 In conjunction with the start of this project, the Arboretum and Public Garden hired a Waterway Steward, Nina Suzuki (that’s me!), to care for the Waterway and mentor student interns as they learn about and gain skills in habitat restoration and aquatic systems.

We raised $68,000 from generous community donors April 21-May 4 during our Waterway WOW! campaign. This money will be used to help revegetate the banks of the Waterway throughout the Phase One construction area as well as launch our pilot Learning by Leading Waterway Stewardship internship program. LEARN MORE

It’s been 20 years since the Waterway has been dredged. That’s 20 years of leaves, pine needles and other organic material accumulating on the bottom of the Waterway. Contractors removed more than 3,200 cubic yards of sediment. (See video below.)

The gabions – cages of rocks – were installed years ago to protect the banks from erosion, but many of them have since decayed and broken. The wire cages were removed and the rocks remain on the slopes. The banks will be protected in the short-term with erosion-control fabric and armored long-term with sedges and rushes that grow dense rhizomatous root-like structures that hold the soil together while providing beauty and wildlife habitat.

Soil is now being imported and shaped into the new bank slopes that will get planted this fall. (See video below.)

Recently the contractors began installing a pump and pipes that will carry water from near Wyatt Deck and release it at the far east end of the Waterway. From there the water will flow over five weirs, and through wetland plantings, before it travels back to Wyatt Deck. This movement will keep algae and duckweed from accumulating on the surface of the water. See a video of the test.

We expect construction to continue through the summer and plan to have water back in this part of the channel by September.

Meanwhile, thanks to our wonderful and dedicated Arboretum volunteers and staff who continue to take care of the upslope plantings in this area!