The Friends of the UC Davis Arboretum and Public Garden invite the public to share any stories or memories they have about Wyatt Deck via an online story portal found on the Arboretum's website.

We are pleased to announce that the project to replace the two wooden decks of the over 50-year-old Wyatt Deck is now complete. The fences are down and it's ready to welcome visitors back!

Thank you to everyone who contributed to our 2021 "All Welcome on Wyatt Deck" campaign. You did it!

While the decks and pathways are done, there's still more to come. The next phase includes the addition of landscaping and a visitor information kiosk, as well as refreshing the two gazebo structures with a new paint job; roof, shingle, and fascia board repairs; and, retrofitting the east building as an event storage space. This will help transform the structures into ideal staging areas for our students and volunteers hosting free public education programs that focus on the importance of staying healthy outside!

See photos of the accessible decks and new pathway

Nestled between two of the UC Davis Arboretum's most iconic gardens: the T. Elliot Weier Redwood Grove and the Mary Wattis Brown Garden of California Native Plants, Wyatt Deck has served as a much-loved, nature-based classroom and as host to vibrant community events. But decades of use have taken their toll. (See images of its past condition.)

The original redwood boards were rotting and posed a safety risk. Plus the original design did not enable access for people of all abilities or meet modern building standards. It's time to rebuild Wyatt Deck for new generations of students and visitors!

University maintenance funds covered the replacement of the two open decks and surrounding pathways, which have been redesigned to maximize accessibility. The existing buildings and covered concrete patio areas will be refurbished in the next phase without being removed. Despite the extensive reconstruction, all of the surrounding trees will be preserved.

As an homage to the original deck, redwood light fixtures and decking boards were used, but this time, the plan included steel deck supports and accessible pathways that connect the two decks to adjacent gardens and nearby bathrooms. (See the architectural renderings of Wyatt Deck.)

A new east-west path, laid with the Arboretum's signature pavers, provide access to the lower deck and complete a continuous accessible path that stretches from the Arboretum GATEway Garden to Mrak Hall Drive. Another accessible path connects the decks to the Wyatt Pavilion and the restrooms located there. In addition, two new ramps were installed, one connecting the new brick path with the bikeway along Arboretum Drive and the other providing access from the upper deck to Wyatt Plaza. On the decks, seating was designed for wheelchair users to sit alongside the benches. Future accessibility projects will improve the Wyatt Pavilion Footbridge and the paths surrounding it.

Download the plan that calls out the accessibility improvement locations.

All Welcome on Wyatt Deck! 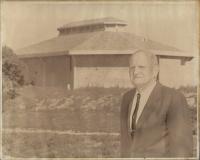 Who is Wyatt of Wyatt Deck and Pavilion?

Learn more about the namesake of these beloved campus icons. 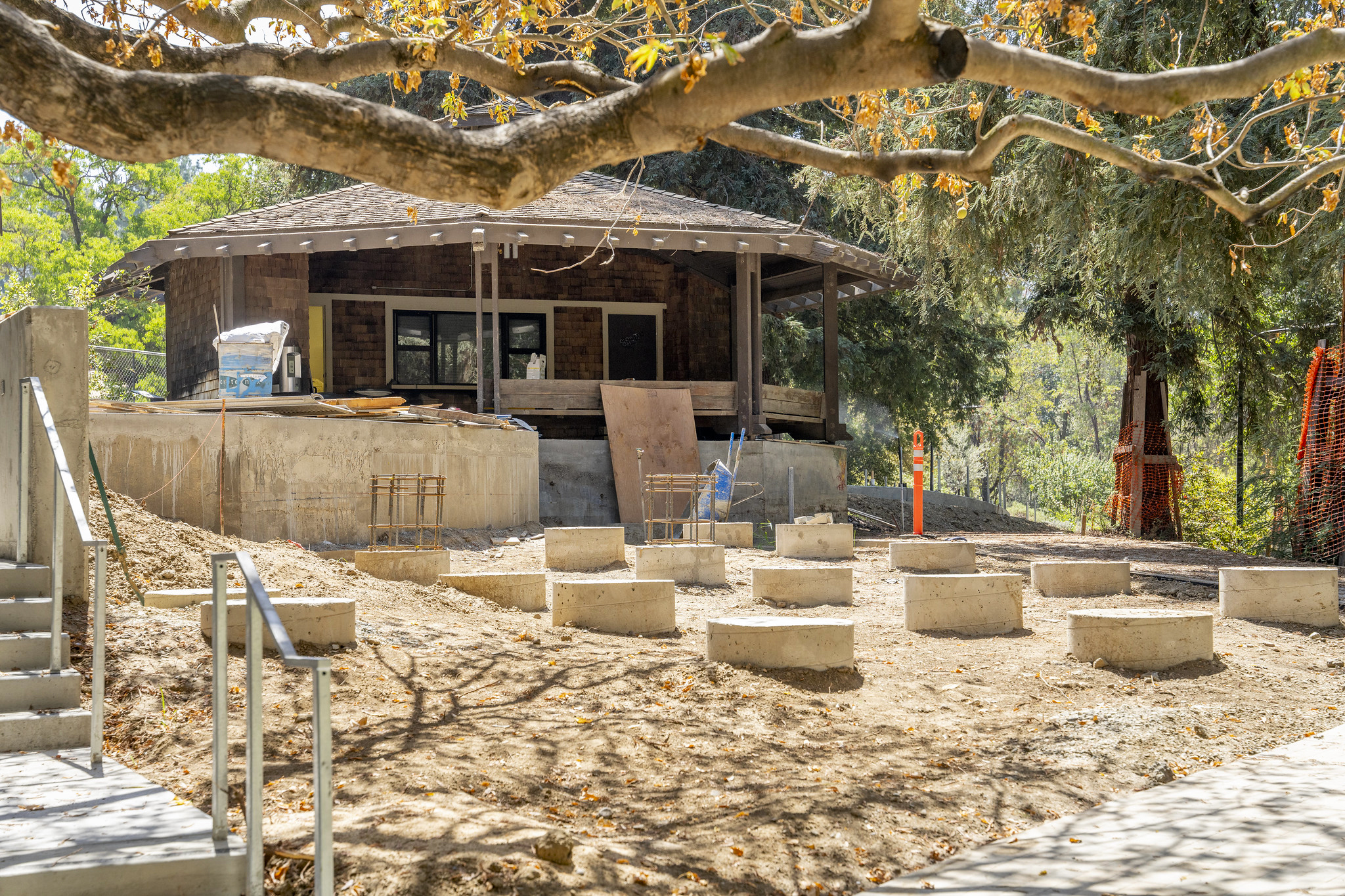 Paving the Way to a Brand New Deck

Contractors completed demolition, laid the main brick paver path, installed new stairs and more. Get behind the fence and see the latest photos! 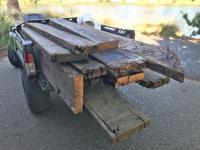 A number of turtles in the Arboretum Waterway compete for the best places to bask above water, so students in our Learning by Leading™ Waterway Stewardship program are incorporating some of the deck's planks into their latest floating island project. 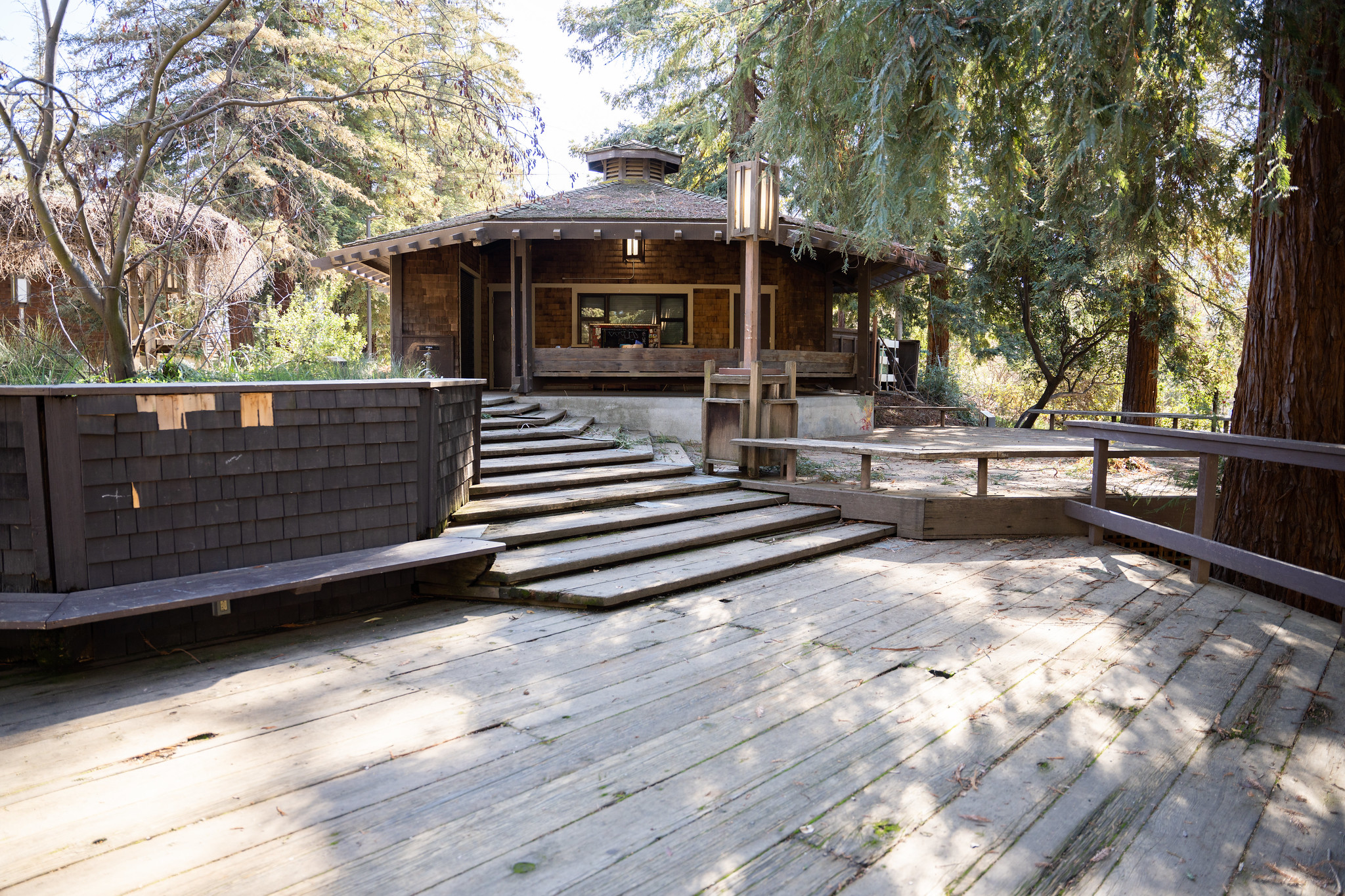 Wyatt Deck has a rich history filled with frequent use that has resulted in the necessity for further maintenance, reconstruction and accessibility updates. 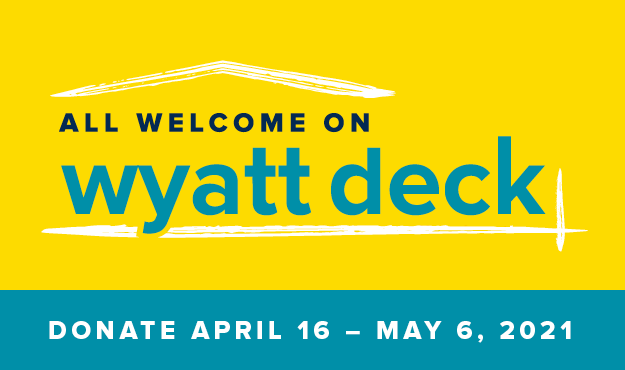 In honor of the 50th anniversary of the Friends of the UC Davis Arboretum and Public Garden, our member support group will be helping to raise additional funds for this project via the "All Welcome on Wyatt Deck" campaign.

Although our community campaign to revitalize Wyatt Deck has ended, you can still give to support this project. 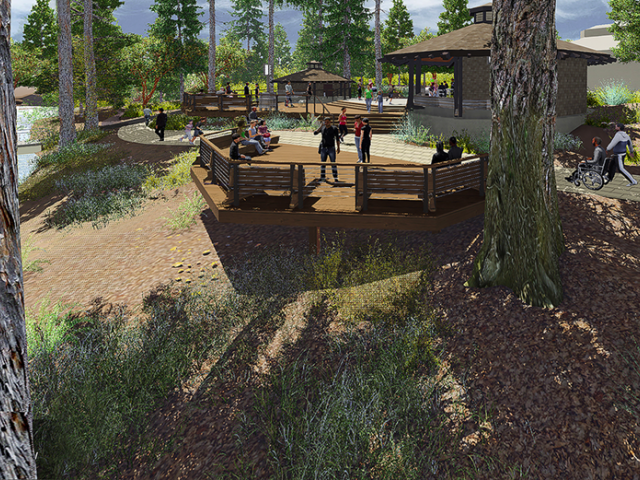 The new decks will pay homage to the existing design and materials while updating ADA accessibility, strengthening the underlying structure and more. 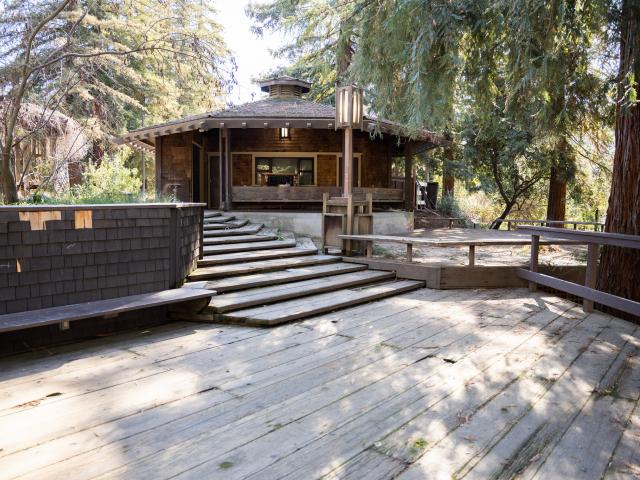 Arboretum icon since the mid-1960s, Wyatt Deck is being rebuilt and gaining much-needed accessibility upgrades.